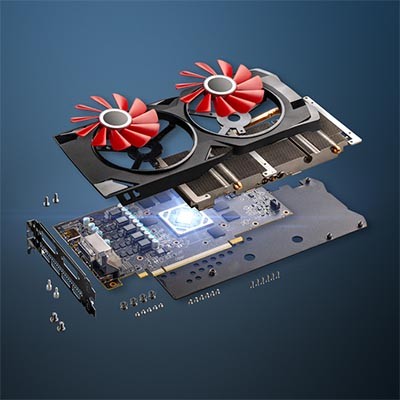 Your new desktop isn’t going to do you much good if you don’t have a screen to plug into it. Let’s talk about considerations to make when purchasing a new desktop when it comes to your display.

How Many Monitors Do You Want?

Some people wouldn’t consider having more than one monitor on their home PC, or even at work. It’s a strange concept if you haven’t tried it.

That said, we highly recommend you try it, especially at work. It can allow you to do more and spend less time moving applications around when you are trying to look at your calendar, your email, and your documents at the same time.

Having dual monitors is becoming such a common-place situation that many desktops support it from the get-go. You’ll want to check that your new desktop comes with two or more ports for monitors.

Typically these days, these ports will range from a few options:

VGA/DVI - The older connections that consist of a big plug with several little pins that need to be connected and tightened with screws. If you have older monitors already, they might have this type of connection. You can buy adapters for older monitors to plug them into newer ports, but many desktops, especially budget desktops, often still have at least one VGA port. They are gradually going away though.

HDMI - HDMI is pretty standard these days. This is the type of cable used on the back of your flat screen television. Modern game consoles and Blu-Ray players use it to connect to TVs.

DisplayPort - Similar to HDMI, this is just another type of cable that can carry video and audio. DisplayPort is gradually becoming the standard, and from a deep technical standpoint there are differences between HDMI and DisplayPort, but if you are simply connecting a monitor to a nearby desktop, you can go with either.

For budget desktops, just make sure that you have enough ports for the number of monitors you want to connect, and check your monitors to see what kind of cable they have. If your new desktop only has DisplayPort or HDMI, but your monitors are VGA, you’ll need to look for new cables or purchase adapters to plug them in.

You’ll likely see these terms when shopping around. Integrated Video is just that; your computer processes video and graphics from hardware that is built on the motherboard. Dedicated graphics means your computer has a dedicated device in it to render video.

Plus, most graphic card chipsets have multiple models, and even get produced by multiple companies with several brands selling their own ‘flavor’ of hardware. Purchasing a graphics card is almost as complex as purchasing the rest of the desktop, when it comes to the number of options you have, and to determine what device will be the best fit for the job at hand.

Fortunately, if you aren’t worried about gaming, 3D rendering, or video editing, you can usually skip the expense, because what comes built into your desktop’s hardware will be adequate.

Purchasing Monitors With Your Desktop?

There is a near endless number of display options out there, but before we wrap this post up, we wanted to at least cover some of the specs you’ll run into when purchasing a monitor.

Resolution - This is the number of pixels your monitor will display. The last decade has mostly standardized this, as most desktop monitors tend to have a 16:9 display ratio. In plain-English, that means they are wide-screen. There are a lot of more expensive ultra-wide monitors that break this rule, but most of the time you can count on a monitor either being HD, FULL HD, Ultra HD, or 4K.

HD is the low end, and looks okay on very small screens. This resolution tends to also be known as 720, and you typically only see it on budget laptops these days.

FHD is also known as 1080. This is the most common resolution. We recommend at least shooting for this.

UHD or Ultra HD has a pixel resolution of 3840x2160. This might not be supported by low-end desktops without having a dedicated graphics card or at least integrated video that supports higher resolution, especially if you want to have multiple monitors.

4K - 4K is technically a higher resolution than UHD, although depending on the brand of monitor, they will throw this term around to say it is UHD, or they will truly be native 4K resolution. Either way, these displays are much more expensive than what a typical office workstation needs, and really only needed for high-end gaming, video production, graphic design, and other visual tasks. In some cases, budget hardware might not support 4K, although this has been slowly changing over the years.

Refresh Rate - You’ll see this rated in milliseconds. This measures the speed that your monitor will update its image. High refresh rates give the impression that the time between you moving or clicking the mouse and the time it takes for the computer to register the movement is delayed. This used to be a bigger problem with refresh rates existing in the 10-to-20ms range, especially for gaming. Unless this really matters to you, you can almost ignore it. Gamers will tend to want 1-to-5ms.

We hope this guide has been helpful! Need assistance with your IT purchasing? Don’t hesitate to give Tech Solutions IT a call at (888) 225-2672! 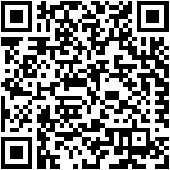