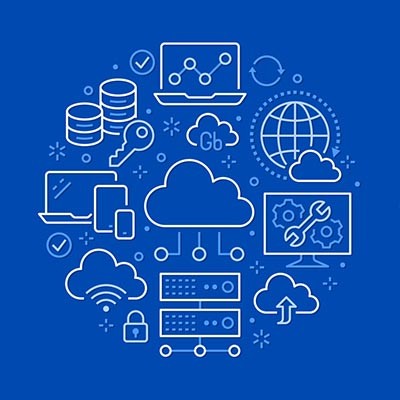 We’re on to part three of our Desktop Buyer’s Guide. When comparing all of your options when shopping around for desktops, one of the main features you’ll see is how much storage they have. We’ve seen this with smartphones and tablets as well - you can buy an iPhone with 64 GB (gigabytes) of storage or 128 GB of storage, etc.

With your desktop (or laptop) the storage actually plays a bigger role in performance than it does with a smartphone, so let’s dive in and take a look!

Author’s Note on Why Computer Storage Excites Me:
If I seem enthusiastic about data storage, there is a reason. Data storage is a very exciting thing! Back in the late 80’s and early 90’s before rewritable CDs were a thing, we had floppy disks. Granted, we had even floppier disks before that and even before that we had punch cards, but I don’t want to date myself too much.

A standard double-density floppy diskette was 3.5 inches wide and held a massive (for the time) 1.44 MB (megabytes). A plain, unformatted text file with around 600 to 800 pages of text would fit on just one of these disks. A single mp3 file of a normal length song would take 3 or 4 disks.

A single Blu-Ray can hold about 10 times that of a DVD, so if you were to stack floppy disks until you had the same data storage as a single Blu-Ray disk, the stack would be a little taller than a standard telephone pole.

My tangent is getting pretty long so I’m going to skip ahead to exabytes. It’s estimated that Google stores about 15 exabytes of data. It would take roughly 26.2 million Blu-Ray disks to hold that much data.

If you were to convert that back to 3.5-inch floppy disks, you’d be looking at covering a 100-mile radius with a pile of disks several miles high.

Data storage is fun! Sorry, let’s get back to our blog:

Let’s Go Back to the Role of the Desktop

Before we decide how much storage we need, we need to look at how we will be using the new desktop.

If this computer is joining your office network and you store most of your data in a centralized server or in the cloud, then you probably don’t need a lot of storage space. After all, you’ll only need enough room to store the operating system, your programs, and a little left over (you never want to completely fill up a hard drive in use).

If this is for your home office or for a college student, you’ll want more storage available. Gaming PCs and video production will need a lot more storage, as both videos and games tend to take up a lot of space.

When shopping around for computers and laptops, you’ll often see either one of these acronyms. Laptops will tend to use SSD almost exclusively, and desktops will be a mixed bag. Let’s explain what each means.

Hard Disk Drives are the traditional heavy metal components that we’ve been using to store data inside a computer for over 30 years. Inside, they consist of a couple of tiny electric motors, a stack of magnetic platters, and a small arm that reads and writes data to the platters. Think of them like a tiny record player that spins the records 72,000 times per minute. Sometimes we refer to these types of drives as ‘mechanical drives’ because of the moving parts.

These hard drives tend to have massive capacity, but they are a little slower and require more electricity to operate. They are also sensitive to shock, so bumping one around while it is in use can lead to data loss. All of these reasons make them unpopular in laptops, where battery life and durability are important.

Still, if you need to store a lot of data, especially in the multiple terabytes range, this is your most cost-effective option.

Solid State Drives don’t have moving parts. All of the data is stored electronically. Although these drives used to increase the cost of a new desktop or laptop, their relative prices have gone down over the years.

SSDs are faster and more durable than traditional HDDs. They also tend to last a long time as well, although there used to be rumors that SSD storage would ‘wear out’ after a few years of use, that just isn’t the case with modern drives. They consume much less electricity, so they are great for preserving battery life in laptops.

The drawback? SSDs have a smaller capacity, and higher-capacity SSDs start to climb in price. At the time of writing this, a budget 3 terabyte HDD costs less than a 1 terabyte SSD.

How Much Storage Do I Need?

This all comes down to the role of your computer, but I recommend always starting with an SSD. If the role of your PC is just to check email and surf the web, a 128 GB or 256 GB SSD is going to be plenty. If you will rely on your data being stored on your office network, you don’t need to worry about much else.

Gamers will want to spend a bit more to install more games. Breaking out the wallet to get a 512 GB or a 1 TB SSD might be a good investment. Depending on where you are shopping, it shouldn’t make a huge difference in the cost of the PC, especially since you are going to be spending more on the CPU, RAM, and other hardware just to run the games you want to install.

If the desktop is for your home office and you aren’t storing data on a centralized server or NAS device, it’s not a bad idea to get a second hard drive as your data drive. Let your main SSD handle your operating system and programs, and the second drive could be a high-capacity HDD. This is a good option for gaming PCs too, as even 1 TB will fill up pretty quickly.

If you store thousands of photos, videos, or music, that extra data drive will come in handy as well, and it’s going to be a MUST for video production. In fact, even video hobbyists will find themselves quickly needing to upgrade and expand their storage with external drives or network-attached storage. Video and photography take up a lot of space.

Always shoot for an SSD for your primary drive, whether you are getting a laptop or desktop. If you don’t know how much space you’ll need, shoot for the 256 GB to 512 GB tier unless you are going for a more high-end system.

Most desktops have room in the case for at least one additional hard drive (except for the very slim models), so you can usually expand it later, but you’ll want to check if you are worried about it.

Your hard drives are where all of your data gets stored, so don’t go with the cheapest option, and always, ALWAYS have a backup! 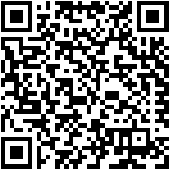