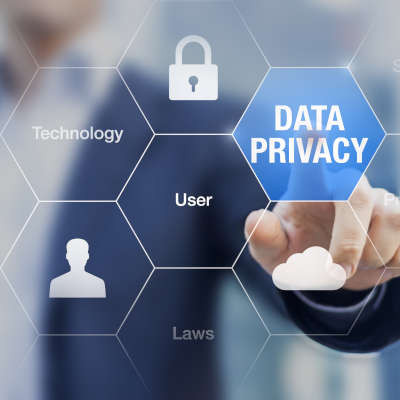 Just in case you haven’t been paying attention, online privacy has been highlighted significantly in recent years—in no small part due to the sale of our profiles by the tech giants that provide today’s most (in)famous websites… including and especially Google. Having said this, it is also important to acknowledge that some of Google’s recent policy changes could suggest that this may change at some point.

Let’s dive in and see what we can piece together.

How Google Makes Its Money

In fairness, there are a lot of answers to this question. For our purposes, we’ll focus on just one.

The short answer is simple: by selling advertisements.

Make no mistake about it: whenever you use the Internet, you are being watched. Giant platforms, including and especially Google, monitor your activities while using their services and use it to create a knowledge base of user behavior.

For instance, by using a combination of Google Search, Google Analytics, and Google Maps, Google could likely deduce that a user in Anytown, USA looking up “best pizza in anytown” would be interested in the most popular pizzeria. By analyzing which websites, phone numbers, and navigational directions got the most positive reaction after coming up as a search result, Google’s algorithms can figure out that this user would be happy to get the result for “Mario Rossi’s Fine Italian Ristorante and Pizzeria” and continue through the link to the establishment’s website.

This is that website’s goal—for more users to click into it, where they’ll be more encouraged to do whatever that website is trying to get them to do. As it stands, Google’s search results are organized based on an extensive list of factors far too numerous to go into depth with here… basically, it depends on how much Google likes how your website is put together, how other users have behaved after clicking the link to your website, and again, so much more.

As a result, Google has some leverage here, effectively serving as the gatekeeper for a staggering amount of Internet traffic. This puts them in the position to profit from these other websites.

One way that they do so: selling advertisement space in key positions on their search results pages. Another way: selling ads that are personalized to your web browsing history.

Google’s Recent Announcement, and What it Means

Google’s revelation that they will no longer create or support trackers that can follow an individual’s behavior and activity across the Internet has some significant ramifications regarding privacy and the Internet as a whole.

This is a sizable shock, as it seems to say that Google plans to hamstring one of its profit centers. However, it is important to clarify that this isn’t the entire truth.

Rather than eliminating tracking altogether, Google is simply shifting its approach to doing so. Instead of using cookies to compose in-depth profiles for each user, Google is shifting over to evaluating trends amongst groups of similar users and phasing out the comprehensive data collection that their past efforts were based in.

This “privacy sandbox,” as it is called, will allow users to be anonymously bundled together by browsing behaviors and other interests, with the data these groups generate being sold to advertisers. The idea is that this way, an advertiser can still target their most likely prospects, without that prospect’s information changing hands more than they may anticipate.

Of course, Google has left themselves a few loopholes in their new strategy. First, if a user signs into a website using their Google account, that information can still be tracked and used to shape advertising. Plus, this change only applies to the websites—mobile apps are still fair game as well.

This new sandboxing approach has already inspired scrutiny from regulatory bodies, with officials in the United Kingdom investigating these tools to catch any anticompetitive features. This comes as Google is also facing numerous antitrust lawsuits stateside, suggesting that this change in tack could be construed as an effort to show how important customer data security is to the corporation.

So Really, What Does This All Mean?

In terms of Google, these tactics seem to telegraph that the company is preparing for a future where data collection is much more controlled than it is now—and that Google is in a place where the downsides of such tracking have overtaken the value that these activities once net them.

In terms of the Internet as a whole, a player as large as Google might inspire other large providers who have not yet addressed how they balance data collection and data privacy. Having said this, Facebook’s current battle against Apple’s privacy-boosting features show that this approach will certainly not be universally accepted, either.

One way or another, this move will likely create some shifts to the Internet as a whole—and should reinforce how you need to be careful about your own organization’s data collection and storage practices.

Tech Solutions IT can help you out in that regard. To find out how our solutions and services can make your company more secure, efficient, and compliant, reach out to us at (888) 225-2672. 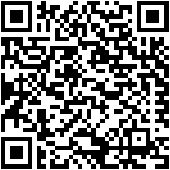